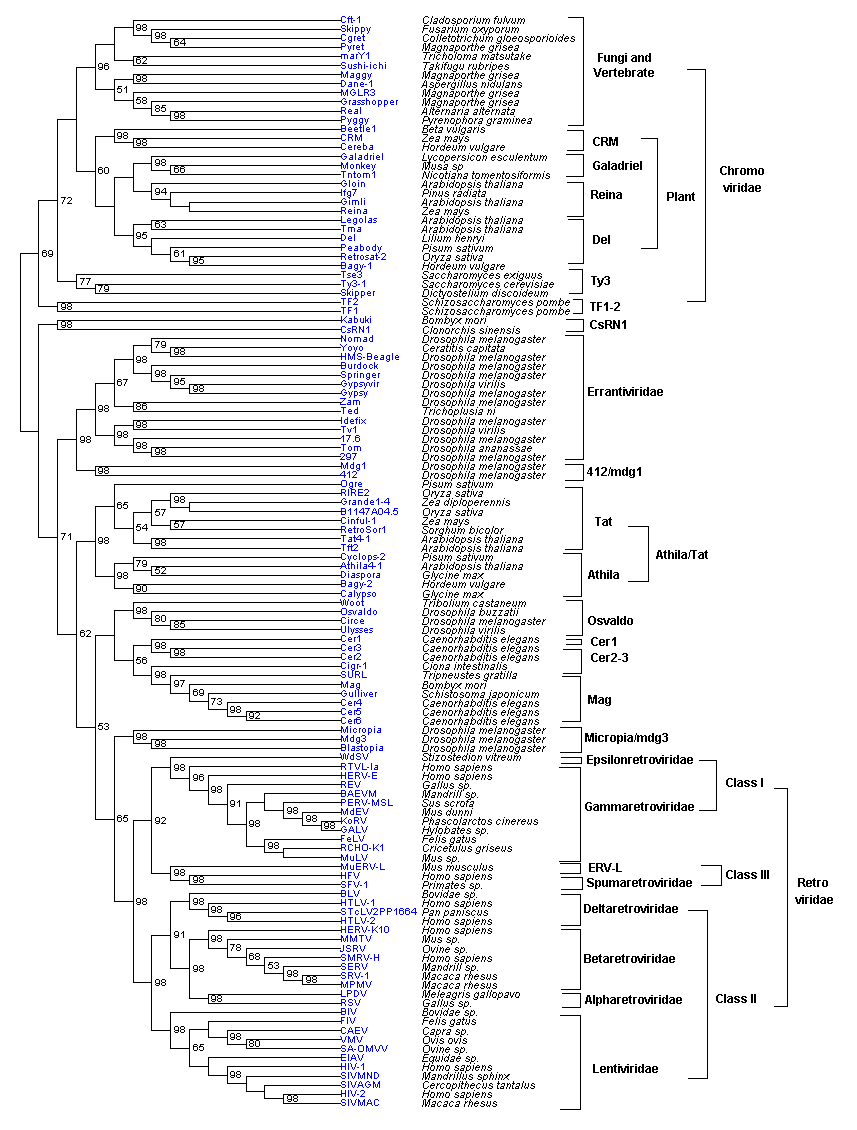 Phylogenetic reconstruction inferred based on the concatenated protein product encoded by the gag-pro-pol internal region common to Ty3/Gypsy and Retroviridae LTR retroelements using FelsensteinÂ´s protein sequence parsimony method based on (Eck and Dayhoff 1966) and (Fitch 1971) to generate a majority-rule consensus tree (Margush and McMorris 1981). As majority-rule consensus tree usually consists of all groups that occur more than 50% of the time, we take consensus values upper to 50 as an equivalent-bootstrapping reference.