dUTPases (DUTs) are cellular enzymes closely similar to Uracil-DNA glycosylases and that hydrolyze dUTP to dUMP and PPi, providing a substrate for thymidylate synthase (an enzyme that converts dUMP to TMP). The expression of cellular DUTs is regulated by the cell cycle; at high levels in dividing undifferentiated cells; and at low levels in terminally non-dividing differentiated cells (Miller et al. 2000). Certain retroviral lineages such as non-primate lentiviruses, betaretroviruses, and ERV-L elements encode and package DUTs into virus particles. However, depending on the genus, the dut gene is located in different zones of the internal region. While betaretroviruses codify for this enzyme in frame and N-terminal to the protease domain, lentiviruses and ERV-L elements present the ORF of this gene between or downstream to the RNaseH and INT domains (Elder et al. 1992; Turelli et al. 1997; Payne and Elder 2001 and references therein). In lentiviruses, DUT facilitates viral replication in non-dividing cells and prevents accumulation of G-to-A transitions in the viral genome, the role of DUT in betaretroviruses and ERV-L elements is still unclear. DUTPase domains have been also described in the genome of some Ty3/Gypsy LTR retrotransposons (Novikova and Blinov 2008) as well as in that of two plant paretroviruses belonging to Badnavirus genus [Dioscorea bacilliform virus (DBV) and Taro bacilliform virus (TaBV)]. 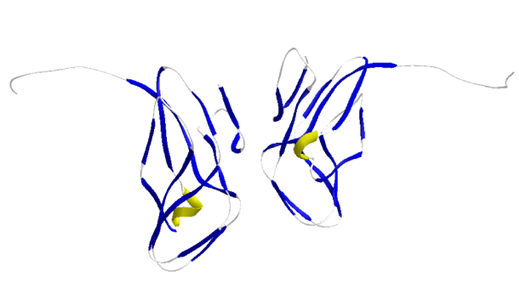