Transposases (TRs) are often referred as the enzymes codified in DNA transposons (Class II of transposable elements) involved in double-strand DNA transposition from one location to another in the host genome ("cut and paste" mechanism).

Generically, TRs are DNA-binding enzymes that catalyze “cut and paste” or “copy and paste” reactions to promote the movement of DNA sequences (Rice and Baker 2001). TRs belong to the polynucleotidyl transferase superfamily which includes RNase H, RuvC resolvase, RAG proteins and retroviral Integrases (Nesmelova and Hackett 2010).

Transposase enzymes are divided into several families based on the mechanism utilized during transposition (Nesmelova and Hackett 2010; Curcio and Derbyshire 2001; InterPro 2006): 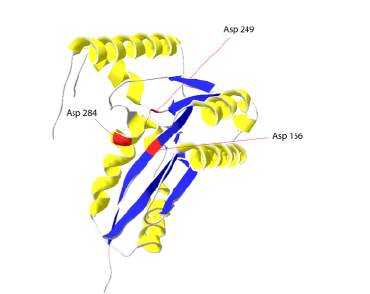 DDE-TRs catalyze DNA sequence transposition after recognizing and joining to DNA-binding domains to form the synaptic protein-DNA complex. Then the mobilized DNA is excised by means of the hydrolysis of the phosphodiester bonds at each end to generate free 3′-OH groups. Finally, these free groups are joined to the target DNA sequence through a single-step transesterification. 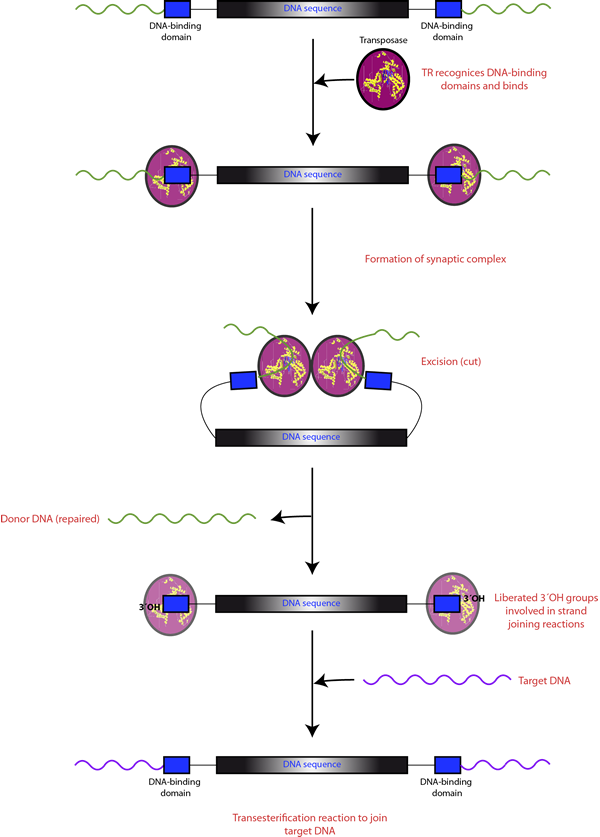 Beyond this overall view and common shared features, DDE TRs, and TRs in general, show a great degree of variability at different levels. DNA-binding domain specific recognition, synaptic complex organization (dimeric, tetrameric…) and mechanisms of DNA cleavage and interaction can vary widely depending on the particular TR.